We can change how they look and feel

We are a group of certified Professional doctors and nurses

We have got a free blood bank that will operate 24 hours and 7 days.

Our nurses will note down your treatment info that you can track of.

Rhinoplasty, or nasal aesthetic surgery, has become one of the most popular cosmetic surgical operations precisely because of this. If there are any cartilage or bone curvatures, they can be fixed concurrently to provide the patient a healthy and attractive nose.

The first noticeable feature on the face is the nose, which is situated in the centre of the face. The proportion of the nose to the other facial features has a big impact on how attractive the face looks. A person may think considering surgery if they are bothered by one or more of the following issues with the way their nose looks:

The most popular procedure in aesthetic surgery, rhinoplasty, is performed to change a patient's disliked nose appearance. Deviated bone and cartilage that restrict the patient from breathing are also fixed during this treatment.

The Importance of Nose in Facial Beauty How should an ideal nose be?

The nose should appear balanced, proportionate, in harmony with the rest of the face, and naturally formed. A well-proportioned nose should be elegant and charming. A nose that is both in proportion to our faces and to ourselves is crucial for facial beauty. The purpose of rhinoplasty is to provide the patient a healthy-functioning, symmetrical, natural-looking nose that is proportionate to his or her face. Other facial features will also be visible thanks to a lovely nose.

The region considered to be the middle pole of the nose is where the incision is made during open rhinoplasty surgery. From this incision site, the nasal skin is lifted, followed by the cartilage tissue. Depending on the nasal functions or structural problems, necessary treatments are carried out. The incision is then closed after cartilage tissue and skin are restored on the nasal middle pole. The best outcome during surgery and a clear view of all tissues are provided by open rhinoplasty, which is the recommended type of surgery.

Depending on the procedure to be performed on the nose, different incisions are done during closed rhinoplasty; however, these incisions are administered through the nostril and are not visible from the outside. In closed rhinoplasty surgery, the swelling that develops after the procedure goes away more quickly. Comparing the two procedures, open rhinoplasty gives the surgeon more control over the nose's interior, allowing for a clearer reshaping, although the recovery period may take a little longer. Even if it's undetectable, a minor scar is likely to stay. The surgeon's experience is crucial in closed rhinoplasty. For the patient, the healing process is quicker and more comfortable using this method. Furthermore, because it is carried out through the nostrils, it does not leave How long does rhinoplasty take?

Is rhinoplasty a painful procedure?

Most patients report that their post-rhinoplasty pain was less than they had anticipated. The anesthetics used on the nose during surgery prevent postoperative pain.

Before Rhinoplasty Who can have rhinoplasty?

Male and female patients who are older than 18 and older than 16 years old, respectively, are both eligible for rhinoplasty. Physical traits, age, expectations, anatomical structure, and current health issues of the patient should all be carefully considered while doing cosmetic procedures, and the best technique should be chosen for them. The procedure ought to be tailored to the patient.t

Particularly skilled cosmetic surgeons who take a comprehensive approach to the face and are able to restore the nose's functional structure should undertake rhinoplasty operations.

Things to consider before surgery

The patient should disclose all pertinent information regarding his current medications and general health status to the surgeon and anesthesiologist doing the cosmetic surgery prior to the procedure. Any upper respiratory tract infections, fever, cough, sore throat, abdominal pain, flu, cold, or cold sores must be disclosed to the surgeon before the procedure. One week prior to surgery, stop taking blood thinners, fish oil, herbal teas, and any special herbal remedies. It's recommended that you cut back on smoking two to three weeks before surgery because smoking will hinder your recuperation.

Issues to consider after the operation:

• You can reduce your risk of developing edema by using a cushion to support your head for the first two nights following rhinoplasty and by sleeping as much as you can vertically.

• For at least three months, avoid exposing the area around your nose to direct sunlight.

For this, you're suggested to put on a hat or high-factor sunscreen.

• Avoid swimming in the sea, pool or bathing in sauna for the first 4-5 weeks.

• Avoid drinking alcohol and smoking as they will have negative impact on recovery of sutures and prevent regeneration of tissues.

• Avoid blowing your nose in the first weeks.

The hospital where the surgery will be performed as well as the procedures involved will affect the cost of the rhinoplasty. According to the nature of the procedure to be done, the operative time is extended.

Prices vary depending on the surgery, such as whether there are noticeable bumps on the bridge, whether there has been a previous rhinoplasty, and whether a new nose is created using ribcage bone.

What are the risks of rhinoplasty?

No operation is without risk, but it is crucial to have it done by a surgeon who is aware of these risks and is capable of taking preventative measures.

What is nasal tip plasty?

When a patient's appearance can be improved with a small procedure on the nasal tip, such as a noticeable bridge, curvature, or humps on the nasal dorsum, nasal tip plasty is used.

Tip plasty is a quick procedure typically performed under local anesthesia. The patient may experience a very slight swelling following the procedure, however most patients do not experience any bruising. Compared to previous nasal procedures, the recovery time is significantly shorter, and following a very brief period of rest, the patient can immediately return to normal activity.

What are the non-surgical rhinoplasty methods?

Nasal filling, sometimes referred to as non-surgical nasal esthetic application, describes modifications made to the nose's shape without the need for surgery. Using the proper methods, fillers that give the skin volume, including hyaluronic acid, are injected into the nose area. Nasal cavities, recesses, poor contours, and asymmetries are all temporarily corrected by this operation. At regular periods, it should be repeated.

It is a process where sutures from surgeries are employed. As opposed to other applications, this process does not offer long-term persistence.

Is it possible to correct septum deviation by plastic surgery?

The septum, a mucosa-covered portion of the nose that separates the nasal cavity into two halves from the middle and is made of bone in the rear and cartilage in the front, is responsible for this. One of the reasons of respiratory distress is septum deviation, a physical abnormality of the nose where the cartilage or bone component in the middle of the nose leans to one side. The front or the back of this tilting may happen. Breathing becomes challenging due to the constricted passage on the side where the tilting occurs.

Concha and septum abnormalities can be treated concurrently with rhinoplasty by plastic surgeons.

What is nose filing?

Aquiline noses are typically treated with nose filing to lower the height of the nasal ridge. The dorsal height of the nose is lowered to the desired level using the file used during nasal aesthetic procedures. If the nasal hump is excessively high, the excess tissue may be excised or filed away at the surgeon's discretion, but filing the nasal hump portion and lowering it to the correct level is a more regulated procedure.

Can sinusitis patients have nasal surgery?

Patients with sinusitis are not prohibited from getting a rhinoplasty.

Will there be any scar left after rhinoplasty?

It is likely that a very minor scar will be left in this area of the nose after rhinoplasty using the open approach because just a small incision is made between the nostrils. This scar does not seem to be the same in all individuals because wound healing differs from person to person. There will essentially be no scarring with open rhinoplasties carried out by cutting in the proper location.

How long does the swelling and bruises take to heal after the surgery?

It is true that previous rhinoplasty procedures resulted in really severe swelling and bruising. However, they are significantly less common today thanks to the strategies and technological advancements that are being used. Swelling and bruising can be prevented or minimized with the use of post-operative cooling masks, pre-operative precautions, and surgeries without the use of tampons. Depending on the tissue structure of the individual and whether they are allergic or not, swelling and bruises that may develop despite all precautions taken and therapies administered totally go away within a week or in ten days.

Does rhinoplasty cause loss of sense of smell?

The region of the surgery where the nose performs its smell function is far from any aesthetic or functional changes. In other words, since no incisions or other interventions are made there, the operation has no impact on how the nose works.

There will be a minor nasal obstruction owing to edema in the nose just shortly after surgery, which will somewhat impair scent perception until swelling goes down.

WHAT OUR PATIENTS SAID

Don’t take our word. See what’s our patients said about us.

I recently came here for surgery and can't believe I'm going to rate it as a pleasant experience but that is exactly what it was thanks to the wonderful care I received from the 3rd floor team!

What an experience! Every human being I encountered who worked there was so nice and cheerful and attentive!!! Amazing attention given to both patient and loved ones who are in the waiting area. They did an excellent job.

Hurry up! only limited slots left this month. 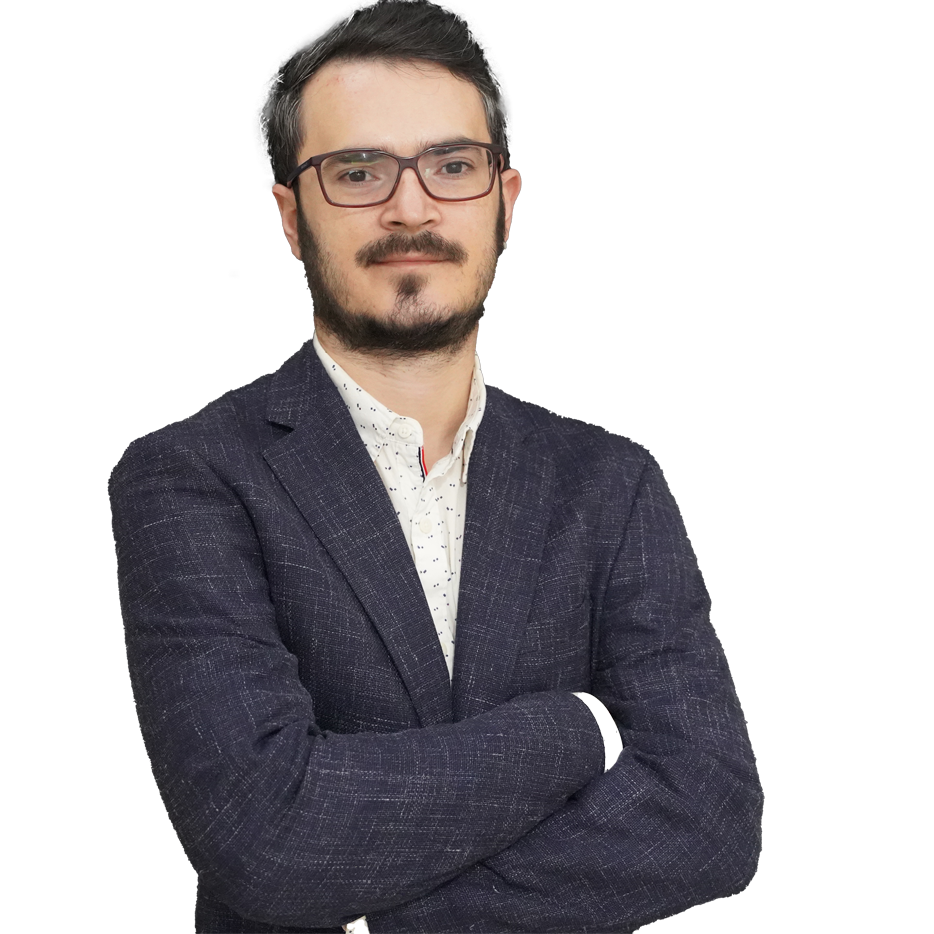